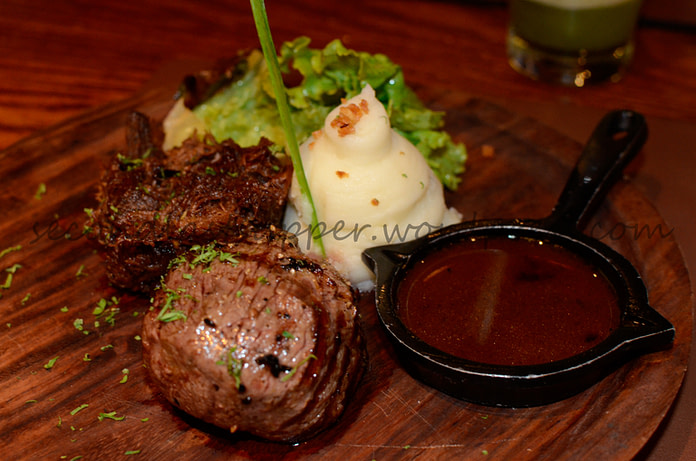 Tucked away in the middle lane of Khan Market next to Khan Chacha is a fairly new restaurant that trumps most of the biggest grillers across city. The restaurant might be new but the man behind, is surely seasoned more than my beard. Shiv Karan, The owner of Smoke House Deli as well as Smoke House Grill, has seen all possible highs and lows as he claims. His places have always hogged the limelight for being the best grill options in city and he delivers the same promise in his latest venture.

The place has a common tacky entry like most other places which is alright considering the ever high rentals of this market. Getting inside the place, split in two floors covering in total about 40 odd heads. The menu looks good with extensive variety of burgers, sandwiches and grills the most exciting and new part is the Hot-dog slider, which I guess would be a new trend setter away from usual burger sliders.

My affair started with Lamb Kibbeh, which is the humble history behind our modern day Kawab that has been a global star, they were succulent and worked very well with the white sauce served along. The Loaded potato skin is something a vegetarian would not like to miss, considering the sheer visual appeal or even the taste because this comes topped with sour cream and tastes everything but potato.

The next in line were the Hot-Dog sliders i.e. the most anticipated dish of the night. The hotdogs have a generous serving of meat and come in 4 varieties namely Andhra chicken, pulled lamb, chunky chill and and grilled chilli dog melt (we still haven’t advanced to dog meat, its just chicken shread topped with minced mutton). All of them taste great but the pulled lamb supersedes all three when it comes to juice and flavor of meat.

From the steak section it was the Herb marinated half a roasted chicken which is beautifully roasted one half chicken served with green vegetables and egg on side, the roasted meat could put many biggies in the industry to shame and leaves no space for any kind of complaints. But the unimaginable winner from the place is chef’s special  Cobbler crusted Seabass. This is one of the finest preparations of Seabass coming from simple pan searing that I have had in all my existence, the simple coconut shred on top of fish and mustard base works as magic with sweet and salty pungent flavours. This is a definitive try.

The PLF for the Place is 2000 INR for 2, the number to contact them is (011)-33106169 and the suggested orders are Loaded potato skin, Hot-Dog Slider and Cobbler crusted Seabass.