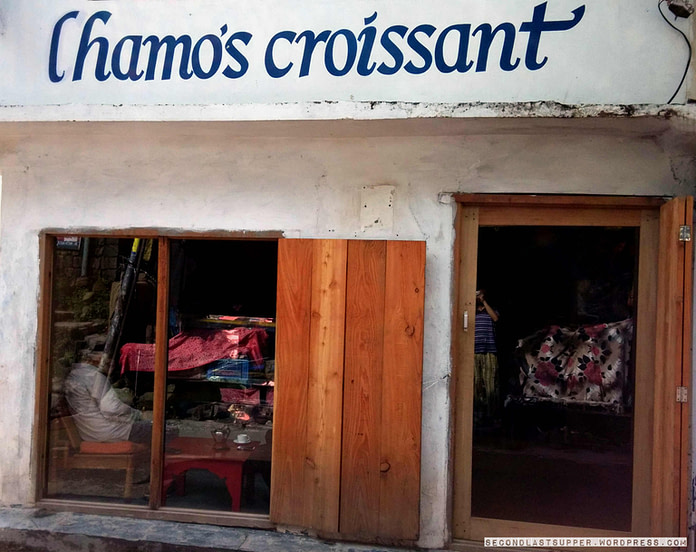 Baking is an art that has been in fashion even before Jesus Christ’s existence, people started with simple underground systems to bake breads and it moved on to become a full-fledged cooking style which now gives us the most fancy delicacies which appeal not only to our appetite but even to our very eyes.

One such bakery in foothills of Dhauladhar’s in Mcleodgang, Dharamshala which goes by name of Lhamo’s Kitchen run by a small family of three just like most other eatery in nearby region. The polite little man running the show does not even want his name to be out publicly his wife is the master baker here though. He would be happy to leave his small display of glorified goods and join you over an extended conversation if you are ready to reciprocate his welcoming skills.

Lhamo does not believe in holding a big variety rather they concentrate on quality at any given time they would have 3 varieties of breads, 3 variety of quiche and around 5 kinds of desserts. That is all the fan-fare but believe me that is good enough to make the world melt and become one.

A must have at this place is their Banana-chocolate cake, the combination is already a deadly one and to top it up these guys bake it so well. It is almost like a dream come true with every single bite that you take; it somehow manages to beat the economic law of marginal utility of consumption.

A close competitor of the Banana-chocolate cake would be the carrot cake which is superbly done like no other place could dare to, with a hint of cinnamon and crystallized sugar this could be the finest little experiment coming right out to your plate. I’m sure the glaze on the cake is good enough to imagine what could be a person’s state of mind while consuming this.

It does not matter if you are here for a month, week or even a day. It’s a complete gluttonous sin to be around and not eat here; the simplicity of the food creates a winning streak for this place time and again. In the words of Henry Ford “quality means doing it right when no one is looking”.