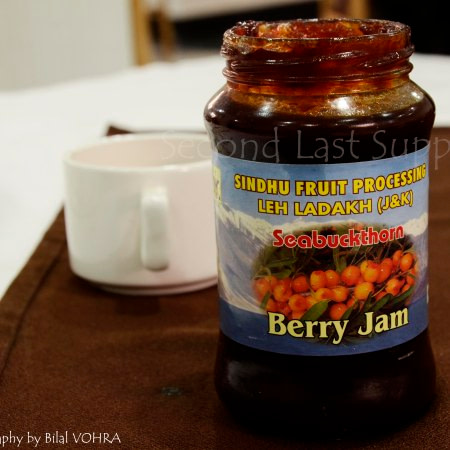 In a pool of cherry picked cuisines across the globe, there’s dearth of cuisines which have existed for a substantial time but are hardly recognised beyond its own ethnic group. It still lingers in its very basic and original state unlike the modern cuisine that has evolved time and again.

I have personally always believed a cuisine to be a vivid representation of its people. It would be conditioned as per the weather, the requirements ultimately shaping the nature of people consuming it too.  For example: Chinese people are rather simple as their food and too much consumption of tea makes them low on iron which ends up giving a peculiar pale coloured to their skin. Next time you see a pale coloured person try and notice the difference in skin tone without being racist.

The cuisine i’m bringing forward today is Ladakhi which has majorly been inspired by Tibetan people, who eloped Indian borders to settle in Indian and has been partially influenced by local people residing there for a long time. It generally comprises of fresh fruits and vegetables, which are less in number like potato, pumpkin, beetroot and cabbage in vegetables and apples, apricots and tomatoes in fruits; done with flour in a stew or soup form. Where salt, garlic and onions are the general seasonings for the milder platter.

A typical breakfast is Butter tea which is same as Tibetan one where a pink coloured tea is cooked with salt and topped with local cow butter. Most people couple it with typical sour-dough bread called Khambir which is to be consumed with local butter, jam or honey as per ones preference.

A Chu-tai is a form of Thukpa done with flour molded differently while the taste and all other preparation remain the same. It’s done in a light broth of vegetables making it apt for extreme cold weathers of the region. A picture of local Thukpa is also attached below for referral purpose.

Momo’s are also a part of this cuisine, placing  it in a spot of light snack or meal. The only difference in Tibetan and Ladakhi ones is Tibetans mostly opt for vegetarian stuffing while Ladakhi resort to Sheep and Lamb on a regular basis considering the weather.

Phemar-Kholak is a form of sattu made from oats (jaw in hindi) which is crushed, hand-battered and rolled to be consumed with yogurt, extremely rich in complex carbs and acts as a heavy meal, although this is for people with acquired taste and not everyone likes it for its sheer subtle taste.

Lehberry or Seabuckthorn is a wild produce from the region which has numerous uses as a jam, chutney, sauce and dressing. The local people consider it to be magic potion to keep your skin from ageing and is also a proven aphrodisiac in this region.

Continuing from my article of 20th August 2015 titled “Unearthing of the lost” I have a little detail on another dish that was served...
Read more
Delhi

Recently a one-day invite-only event happened at the Swiss embassy, Chanakyapuri which showcased art installation and theme party by Joel Andrianomearisoa.  This was over...
Read more
5 Star

Continuing from my article of 20th August 2015 titled “Unearthing of the lost” I have a little detail on another dish that was served...
Read more
The Origins Series

As stated in my article of 20th August 2015 “Unearthing of the lost” here is a detailed inscription, on another dish served the same...
Read more