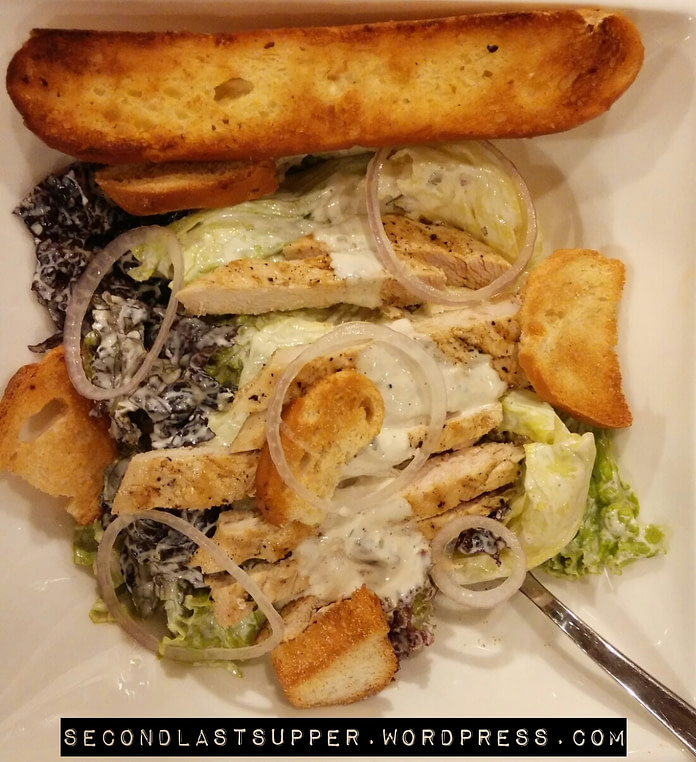 I always knew this cafe since I was very regular to Khan market outlets and the other day I was in Cyber city and saw this same Cafe there and couldn’t resist myself from taking a leap towards lunch time . We were just 2 people and I consider that a good luck as if we were anymore we wouldn’t have got the seat right away.

The Interiors are done very neatly if you look closely you would see a very familiar theme of bottled  spices across a big part of cafe which pleasantly contrast the colour pattern of there . Not a very fancy fare but to be honest I prefer it simple as Your food should speak for you and not your Interior selection style.

We were already off the clock so without much waste of time we started our fanfare from the very basic Chicken Tagliolini Broth and I must say was a real good start . This was the closest thing I would have ever tasted to the home-made Yakhni which most of us consumed as kids, Next up were Beetroot Goat cheese salad & Cajun Chicken Ranch Salads both the salads turned out to be disappointing as the goat cheese was laced with crumples of Walnut which took a bitter hint and gave a not so starry after-taste while the Cajun chicken was a very simple salad which could have been easily excelled but the improper cold cuts of chicken did not seem too exquisite.

Without much grief over the Salad we headed for Mushroom and Cheese Bruchetta which is good 4 pieces loaded with fresh button mushrooms and cheese , Now the bread being used in this is the same which goes as a fixed side on most of their dishes and is done exceptionally well with a perfect crust yet mushy soft from inside with a nice yellow hint of butter to top it .Next in line was the star of the day The magnificent Beetroot pumpkin Ravioli and a very basic Pomodoro Pasta right out of Italian hinterlands, Both the pastas are every bit a trip de Italian in them .

After a good Italian trip we were ready to take on the next which was the Chicken has landed & Starving Celebrity Pizza the toppings in each of them was over-generous and was falling apart with chicken cuts of bigger than usual size which felt as if they were just tossed on top while the pizza was cooked only with cheese on it. The crust was not so good either which was soggy all under the topping and was like a hard-baked crust all across the radius. A pizza slice cannot be consumed with a single hand here. We headed next towards the Pan seared fish which had a great Tomato sauce and nice sautéd greens to accompany the fish which was done slightly over as the skin had stated to become crusty and not just textured glossy .

Next in line was the Crunchy Chicken Burger and BBQ Tenderloin Burgers Where both the pattice done exceptionally well , Great juicy Burgers the patty cooked to perfection even in Tenderloin which is not so easy to master the only negative of this burger was the bread in and around the patty which was unfortunately stale . If only the bread was fresh this was one of the finest BBQ Tenderloin I had in a long time. The finishing touches came with Cape Malva which went a little overboard with sweet because of combined use of molasses as well as caramelized sugar & Chocolate Fondente which was a simple gooey cake but unfortunately this it seemed to be pre baked and only heated for order.

Verdict-If you even wish to visit the place stick to the soup, Pasta and Smoothies where Blueberry and Cherry smoothie calls for a special mention with the spectacular combination and taste blasting right from your mouth to your brain, charging you up with every little sip of it.