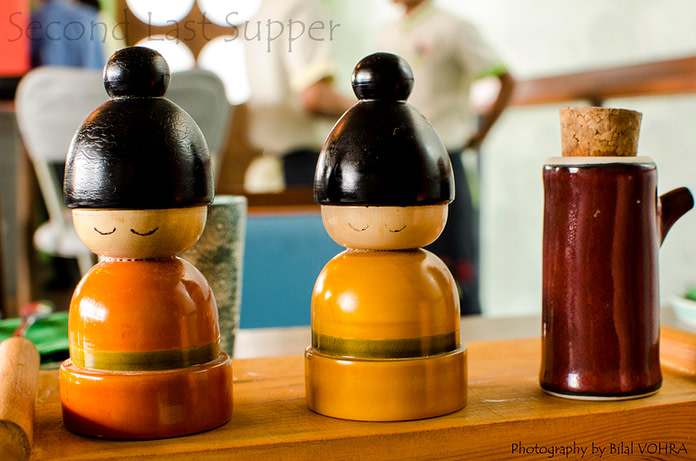 If you wish to swim the same bowl of Asia and yet see it in a  completely different light, then you are either standing in Vietnam already or you’ve found some crazy new jewel like The Fatty Bao, located at Sangam courtyard, R.K. Puram bang opposite Delhi Public School.

This place already has a credible name in Bombay and Bangalore. Considering it to be Chef Manu Chandra’s latest experiment, there’s less scope of it going wrong. The Internet has already sung the saga of him making the fabulous Ramen and super soft Bao’s but what most of us are unaware of is this is not his first commercial rendezvous with a Bao and the proof is right here Monkey Bar. This is where I first came across his Bao which was ignored by most of the industry, while I still devoured over it.This new place takes the humble Bao from Taiwanese streets and places it in the heart of India over a lucid décor which would appease anyone from 10 years old to 70. The menu majorly focuses on Malaysian, Taiwanese, Vietnamese and Japanese food.

The food had to start with a Bao for me and here it was, the Teriyaki Glazed Chicken Bao which has super squishy bread rolled around chunky bits of chicken with pickled cucumber and scallions on top, it guarantees the “melt-in-mouth” effect. It is an absolute sin to walk out of this place and not try what it’s synonymous with.

From the bigger platters it was slow-cooked Massaman curry which is Musalman curry in literal translation i.e. the curry made by Muslims. This comes along egg fried rice, peanuts and cracker. The shank served in curry was absolute bliss, the gravy was perfectly thick and flavorful with a hint of cinnamon.

My next order was Nasi Lemak with Ayam Goreng. For those of you who do not know Nasi Lemak and Nasi Goreng are 2 separate rice dishes that are almost the national dishes of Malaysia, although it’s been picked up from Indonesia where it has existed for an even longer time. The Nasi Lemak is supposed to be fragrant rice cooked with coconut milk and pandan leafs where the flavor of pandan was missing and is served with Ayam Goreng or the fried chicken which is crunchy and flavorful. A smart move was to pull the shrimps off from the rice itself and serve it as a side which saves them from being soggy; generally anywhere across Malaysia they are shredded and sprinkled on top of the rice.

The dessert section is another thing to mesmerize with artistic appearances you barely want to disturb. The Fatty Hill is a pyramid of chocolate with mint custard center topped with rice crisps & pistachios served with a vanilla ice-cream, if the mere deconstruction of dish does not give you a brain rush, I do not know what would.

The last but not the least is Japanese cheesecake which is what I went here for. By mere definition it is a cheesecake but on the outlook it is light as a dry sponge-cake topped with blueberry/blackberry compote and lemon-ash meringues, the sorbet served on side was raspberry although rich in flavor yet felt soapy.

The place is definitely an icebreaker with modern Asian food, one thing to remember is the quantities served for main course could be shared by two so please order accordingly. The PLF (pocket loosening factor) is 2000 INR for two and the suggested orders are Teriyaki Glazed Chicken Bao, Massaman Curry and Fatty hill.